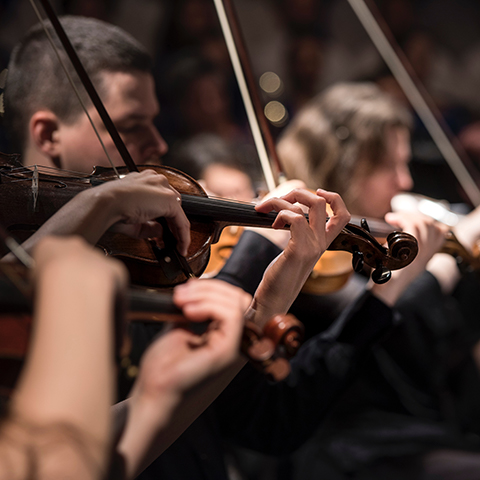 Our Butte Symphony has the distinction of being the first symphony in the state of Montana. This means we have been providing great music to our citizens longer than any other group in the state!

We are unique in being an all-volunteer musician orchestra. Our players perform because of their love of music as well as sharing this love with all of southwest Montana.

In 1950, Albert F. Kreitinger, a Butte musician, organized the first gathering of musicians in his living room and formed a small orchestra that began our Symphony. Kreitinger came to Butte in the 1920’s as a musician to play in the theater orchestras and local bands which were sponsored by the mining companies. Musicians were recruited to Butte by these companies and given good, secure jobs as an incentive for performing. Each mining company had its own marching band to participate in the many celebrations and festivals in the community.

The first performances were held at the Anaconda Employee’s Club on Broadway Street, followed by various locations until the renovation of the current Mother Lode Theatre in 1995, which has became our home with its superior sightlines and acoustics.

Through the years, the Butte Symphony has performed with many guest artists, premiered commissioned works and has developed an annual Children’s Concert in February for 1,200 5th grade students from all of the southwest Montana area.

Our musicians range in age from 15 to 90 and are with us for the long haul. We were very fortunate to have had Harold ‘Pete’ Godtland in our French horn section from the very first rehearsal in 1950 until his death in 2021. Pete was the oldest active musician in a symphony as well as the longest serving musician of any orchestra in the country….he was Butte proud and encouraged us all.