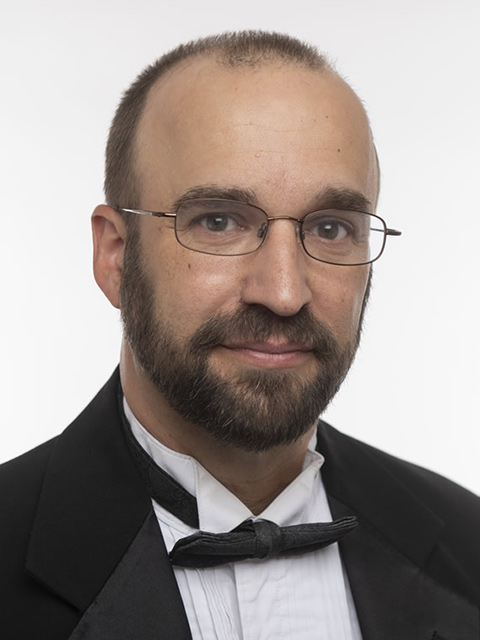 Luis Millán is a conductor with a mission…….to make classical music accessible to everyone and to program concerts that are meaningful, engaging and relevant to today’s audiences. In this, his 13th season with the Butte Symphony, Luis continues to strengthen the volunteer musician base critical to the orchestra’s success. In particular, he introduces new and interesting composers and pieces to our musicians and Butte Symphony audiences alike. He creates an instant rapport with both orchestra and audiences from the moment he walks on to the stage.

Dr. Millán is now in his 20th year at the University of Montana as the Director of Orchestras. He also directs the Classical Guitar Studio and teaches music theory courses. Under his baton, the UofM Symphony has grown tremendously and is recognized as one of the best university orchestras in the Pacific Northwest. He also serves as Orchestral Director for the Red Lodge Music Festival. Dr. Millán is in demand as a guest conductor and clinician throughout the United States.

In addition, Luis is an active classical guitarist and has performed through out the Pacific Northwest, presented recitals in Vienna and Shanghai, and has toured Spain five times performing solo recitals, concerts on public television and radio and in duo recitals with his father, the Spanish poet Rafael Millán.

Before arriving in Montana, Dr. Millán directed the orchestra program at Washburn University, Topeka, Kansas, and conducted youth symphonies in Topeka, Kansas, and Jackson and Saginaw Michigan; served as Music Director of OPERA ONE and the Opera Company of Mid-Michigan, Lansing, Michigan; and taught at Michigan State University’s Community Music School and the Flint Institute of Music, Flint, Michigan.

Dr. Millán holds a Bachelor of Arts degree in Music from St. Olaf College (1991) and Master of Music and Doctorate of Musical Arts degrees in Orchestral Conducting from Michigan State University (1993, 1997).